And potty training sort of begins, now we have a potty.   And a toilet seat.  And animal biscuits to bribe,  reward, when he does anything on the potty.
So far, he only goes on at night before bathtime.   Its been an interesting process so far.
Take tonight for example,  on potty,  nothing.
In bath,  nothing.
Demand for biscuits,  frequent.
Rebuffed by mummy, of course,  No wee wee no biscuit,  thems the rules.

Out the bath,  half dressed.   More demand for biscuit and a run to the potty.
20 minutes later.
Tap running.
Mummy goes for a wee to show how it’s done.
Daddy goes for a wee,  same principle.
Biscuit demands increase.  In pitch and frequency.
Raa Raa the noisy lion plays the same episode twice,  starting the third.
Terrible toddler has his milk on the potty.
STILL NO WEE.
Demand for more biscuits,  Mummy stands firm “No wee wee,  No biscuits,  these are special wee wee biscuits”
Toddler has the bladder of a camel.
Daddy comes in and says bed time.
Toddler demands biscuit.
Nappy wrestled on.
PJs on.
No biscuit.
Toddler in bed;  Mummy wins…. I think! 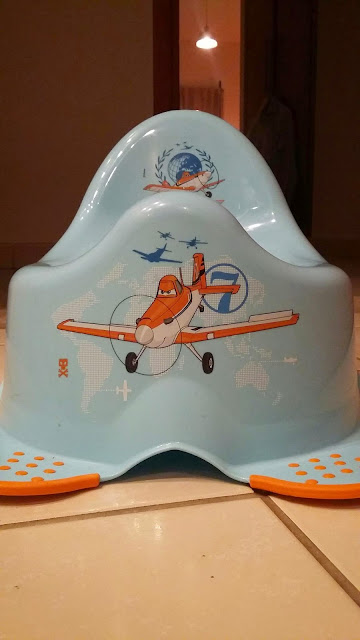