“I no like my hair put”
“I no need my hair put”
“No hair put”
All sentences that come out of the toddler terrors mouth when it rolls round to that dreaded time.
He HATES having his hair cut.
Which is why I tend to leave it months between visits and let him rock the indie look.
We even go to a fabulous children’s hairdresser they have personal DVD players, which include the toddlers favourite Frozen, the seats are toddler sized with steering wheels on, the staff are amazing and fully trained in the difficulties of cutting the hair of small children. 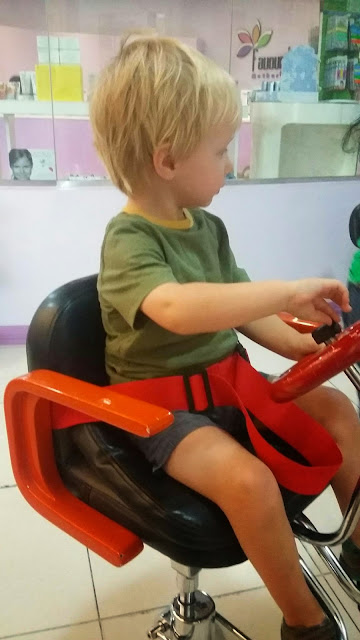 Still the toddler screams throughout.  I have to bodily pin him to his chair and bribe with lollipops… which then require extra teeth brushing which is another nightmare.
That said, you may have noticed i have been able to share some photos on this post.
These are the first photos I’ve managed to get of the toddler having his hair cut since his first hair cut (where he hadn’t a clue) and all credit here must go to wonderful Orlando at Favourite Things, Marina Mall,  Dubai. 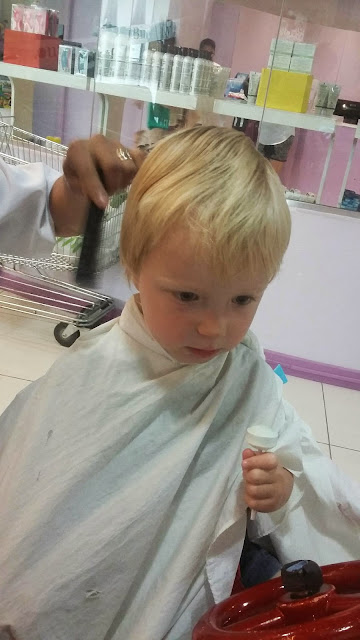 Don’t get me wrong the toddler screamed blue murder still but it took him at least 7 minutes to realise he was having a “hair put” thanks to Orlando being so gentle, telling him about combing his hair and handing the comb over so he could comb mummy AND Orlando’s hair.
Between Orlando and the lollipop those 15 minutes, whilst not ranking in my top motherhood moments, were not the longest cringing moments they normally are. Where I come out thinking that was only 15 minutes it feels like 15 hours and I’m battle scarred to prove it.
So whilst it will be another 3 months and indie hair style before I can go through the trauma again, I will be headed back to Orlando in the hope he can stretch the 7 minute calm a bit longer next time!  If you are in Dubai with a “hair putting” hating toddler I thoroughly recommend him!
Those of you out there with non screaming hair put children…. any tips for  frazzled mum?! 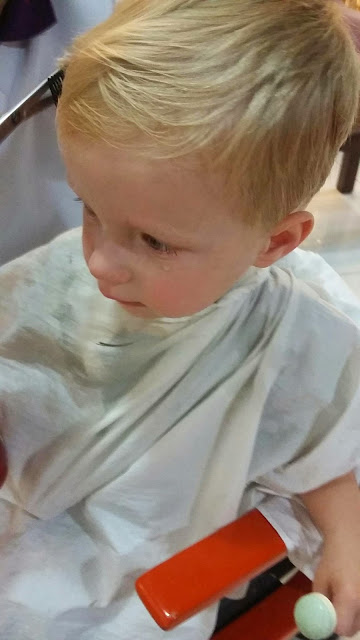