Early last week we had one of “those” mornings.  Where the toddler terror woke up at 5am and the day stretched out foreverrrrrrrrrrr in front of us.  I’m sure you know the type of day I mean.
We had a quick breakfast play date, we had watched Toy Story, and then the toddler was rolling round on the floor moaning and whining out because he was bored and fed up.
And quite frankly, I felt like joining him!
Instead I racked my brains for a quick craft activity that we could do together that would take little effort on my part and cause no mess from his part as I only needed to get to naptime.
So I headed to my (rather lacking) craft drawer and found his pair of toddler safe scissors.  So I armed him with coloured paper and my old magazines and left him to it: 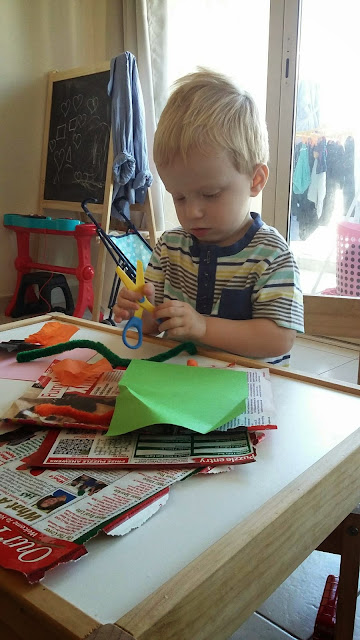 As you can see the cutting didn’t last long and the tearing was much more satisfying: 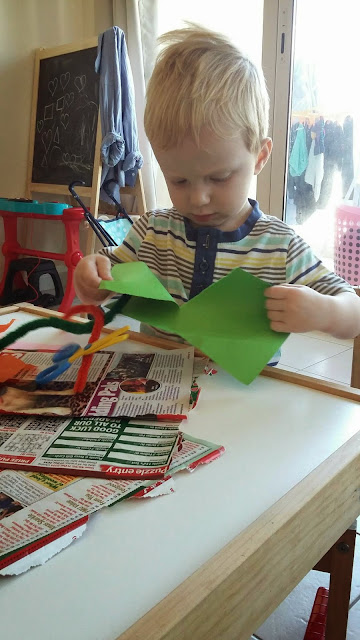 And then he was bored again.
So I rummaged back in the drawer and found the glue.  And a foil plate.  So sticking objects to the plate was obviously my next go to!
First, a variety of papers, pipecleaners, cut up magazines and scrunched up tissue papers for different sensory textures. 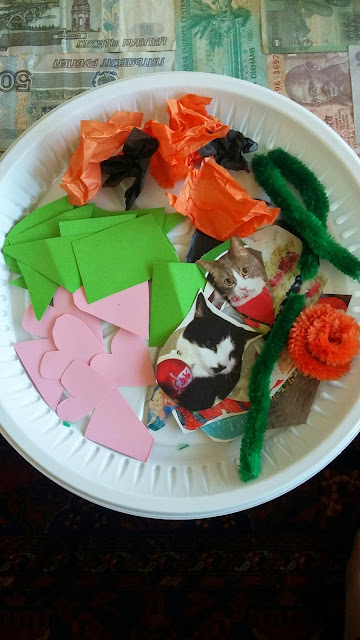 Then instead of letting the toddler terror loose with the glue (because we all know how that would end) I simply spread it across the foil plate and then handed it to him,
I chose foil mainly because it was all I had in, but also because the toddler terror is, well, a toddler and quite enamoured by shiny things!! 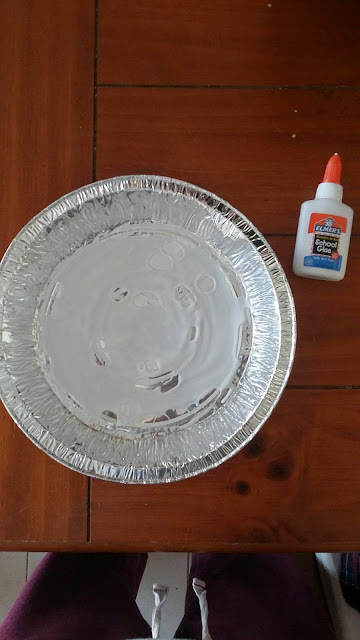 And off he went – please notice how he honed straight in on the Frozen characters to stick.  My child?  Obsessed?!  Never! 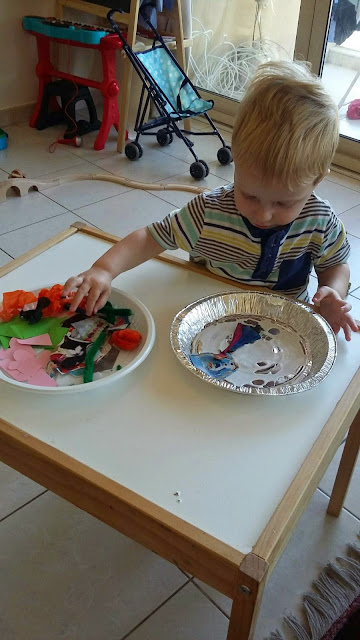 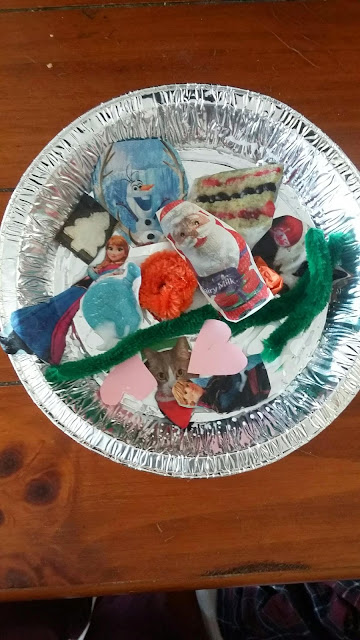 Now I really wouldn’t recommend sticking on foil, as this beautiful artwork lasted for a week before he managed to get hold of it and pull everything off.  Yep, you guessed it, looking for that damn Elsa and Anna!!!!