This week I decided to do without my little toddler terror in the kitchen and decided I’d get prepared in advance for dinnertime, as the husband was out at Physio as part of his marathon training,  while he napped……
One 45 minute nap battle later, ending when I realised he had done what is known in the trade as a “dirty protest” the conversation between me and the terror then went like this:
“I go bed now Mummy”
“OK night night”
“Mwah, I sleep”  (*mwah being the universal sound for kissing of course)
Leaving me to head back to the kitchen and figure out what we could eat using the beef cubes I had available.  I didn’t want steak pie and I didn’t want Beef Adobo.  My standard go to recipes when I am going to be preparing early and eating later.  I headed to the internet to help out.
And I found this little gem of a recipe from Betty Crocker; (yes the cake people Betty Crocker!!!!!) which I decided to play around with and adapt to our tastes a little.  Plus, being an American website I didn’t know what broth meant and I can’t work in cups!!!!

My life saving garlic in a jar!! Oh thank you to the people at Black Dragon
50g butter
Slug of oil
400ml beef stock (I used 400ml of water and a tablespoon of demi-glace instead)
1 tsp Worcestershire Sauce
1 tbsp plain flour
200ml sour cream
Pinch salt

1. Add the butter and oil to the pan, melt 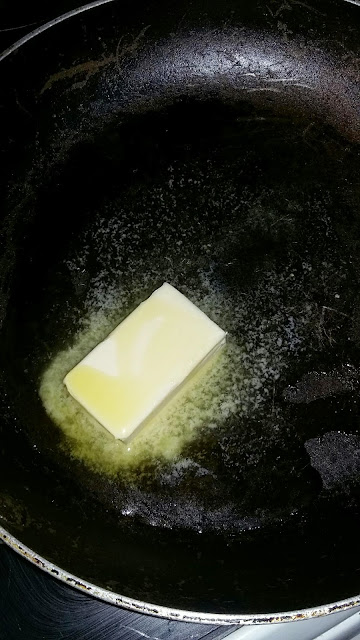 2. Add the onions and the mushrooms.  Let them sweat for around 10 minutes on a low heat until softened 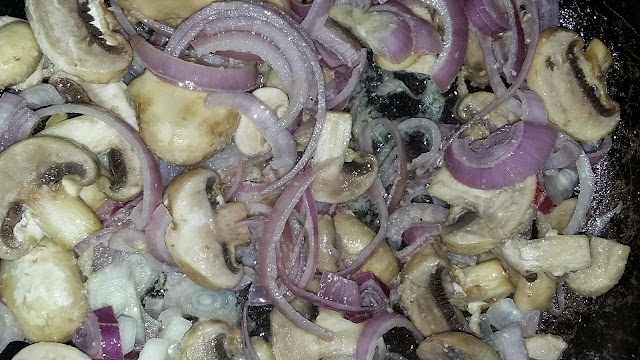 mmmm I love onions and mushrooms!!

3. If, like me, you are the proud owner of one fussy onion (and mushroom) hating husband.  Blitz the life out of them while he isn’t home so will never know…

4. Meanwhile, add the beef to the same pan and brown off

5. Once browned, add the Worcestershire sauce and half the beef stock.  Bring to the boil, then turn the heat down, cover and simmer for 15 minutes
6. Add a tbsp flour to the rest of the beef stock then add to the beef mix in the pan.  Add the onion/mushroom mix

And wouldn’t it look better with real onion/mushrooms in instead of the blended stuff??

7. Add the sour cream and heat through
8. Serve!

I liked it….the husband told me not to add this to the weekly menu plan though!