If you have had a teething baby you may have heard of Ashton & Parsons. If not then – Ashton & Parsons Infants’ Powders are a traditional herbal medicinal product used for the symptomatic relief of teething pain and the symptoms associated with teething.

When the Big One was teething we were living in Dubai and I hadn’t really heard of teething powders, so the poor lamb just had to power through each and every one of those teeth popping through the gums.  He survived.  We survived.  20 teeth later and we thought it would be a good idea to have the Baby.  As he approached teething age I thought, no sweat, we obviously make babies who are easy teethers.  The Big One did it with next to no fuss. 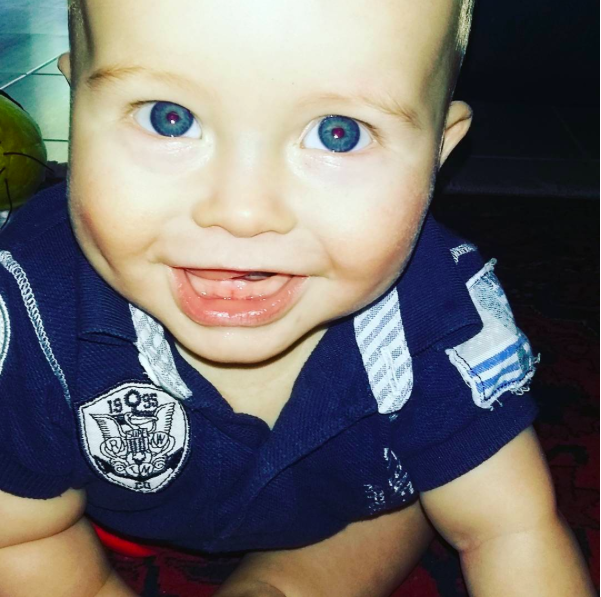 Then I was reminded all babies are different.  Even when they have the same mum and dad.  The same upbringing.  They are individual.  And the Baby is a horrible teether. Each and every tooth that has popped through has done so with the maximum amount of pain and drama.

No idea where he gets the drama queen nature from.  Must be his dad.  Certainly not me…..

But I digress, as of January the Baby had 6 teeth then nothing.  Well, nothing but a lot of drool.  A lot.  Along with a penchant for biting.  His teething journey it would seem was on hold until our life altering adventure leaving Dubai just wasn’t enough.  No.  The Baby and his teeth (and love of drama remember) has decided that this would be the time to get 4 molars and his 2 lateral incisors.  All at once.

Luckily for me I also discovered Ashton & Parsons teething powders at the same time phew, having been around for 150 years treating the symptoms of teething, including sore and tender gums, flushed cheeks and dribbling.  Plus general mopey irritability in our case.

Not only are Ashton & Parsons saving my life from a teething perspective, and hopefully helping my mum through while I’m away in London and she has both boys, they are also working with me as my sponsor for #BML16.  Yep, Ashton & Parsons are not only saving my sanity when the baby is climbing the wall they are helping me get away for the day to the biggest parenting conference of the year.  I am going to #BML16.  Sans teething baby!  Yippee!

My mum is being left in charge as the husband heads back to the sandpit of Dubai, armed with a supply of Ashton & Parsons Infant Powders for the little one.  After all 150 years of relieving teething pain is saying something, and although they are 150 years old now, they have stormed into the 21st Century with a presence on Facebook, Twitter and Instagram.

Wish my mum luck, wish me happy wine drinking and let’s hope those molars come through sooner rather than later!

Do you have any top teething tips?