We’ve been living our expat life for six and a half years now.  Leaving London when my eldest was six months old.  Heading first to Dubai, now in Doha.  It’s been a heck of a journey, and one which has meant that we’ve made a lot of friends along the way.

With the transient nature of expat life we’ve seen friends come, and friends go.  Some have returned home, some to new expat assignments.  And it’s hard.

Expat friends really become your family.  They are the ones you lean on for support, for help, for a shoulder to cry on.  It’s one of the hardest things to go through when one of your friendship group leaves.

That is, until it is one of your children’s best friends who is leaving.

I thought it was difficult processing my emotions but that is nothing to having to work with a seven year old whose best friend is leaving after spending three years in school together.  They’re leaving the sandpit of Doha for the vastness of Canada.

The second largest country in the world.  Quite a difference to Qatar.

Canada, the home of the Rockies, of Niagara Falls, the CN Tower, of the Mounties.

A majestic country, with harsh snowy winters and warm summers.

A place where I have family, aunts, uncles, cousins.

A place where my seven year old sons best friend is moving too.

And so, a place that is now even more firmly on our radar to visit.

Requirements and the eTA

First things first, we needed to make sure that we can travel to Canada.  As we are all British citizens we are eligible to apply for the Canadian eTA.  The Canada eTA have a range requirements, the most important being that your stay is less than six months.

Luckily in order to receive the eTA it’s a simple process of filling out the application form on this website and make the associated payment.  You do not need to visit the Canadian embassy, and no stamp or physical document is needed.  Always a bonus where travel with children is concerned!

Once we have our eTA sorted we can get on with the real business of planning our trip.

What we’d do in Canada

Specifically Toronto as that is where my family live and where our friends are moving too.  It goes without saying that we would first and foremost catch up with everyone.  Move from house to house staying with people (no mean feat when you’re now a family of five).

And then we’d start the sightseeing.

Having been to Toronto twice before I have seen some of the major tourist attractions.  However that doesn’t mean that I don’t want to see them again, I am a total sucker for a waterfall…. heck we even got engaged at Iguazu Falls in Argentina!

And what a waterfall Niagara is

Made up of Horseshoe Falls, American Falls and Bridal Veil Falls – which collectively come together to make up Niagara Falls!  The majesty of Niagara is something which never fails to amaze and astonish me.

From the time I stepped onboard the maid of the mist aged 10 with my grandparents my fate was sealed.  I was to be a waterfall lover from then on in.

Of course there is more to Toronto than Niagara Falls.

The CN Tower; a 553m high tower that once boasted the title of tallest building in the world.  Now surpassed by the Burj Khalifa in Dubai.

A trip to the ice rink to watch the Toronto Maple Leaves in action.

Swimming at the lake.

And all of this whilst being able to catch up with loved ones?

Remember to get your eTA Canada before you travel to make your journey that little bit easier.  You need to start your holiday relaxed to fit in everything there is to see and do.

And I’ve only looked at going to Toronto.  I’ve not even explored the potential in Vancouver, Montreal, Quebec…. I guess that’s what happens when you plan to visit the second largest country in the world. 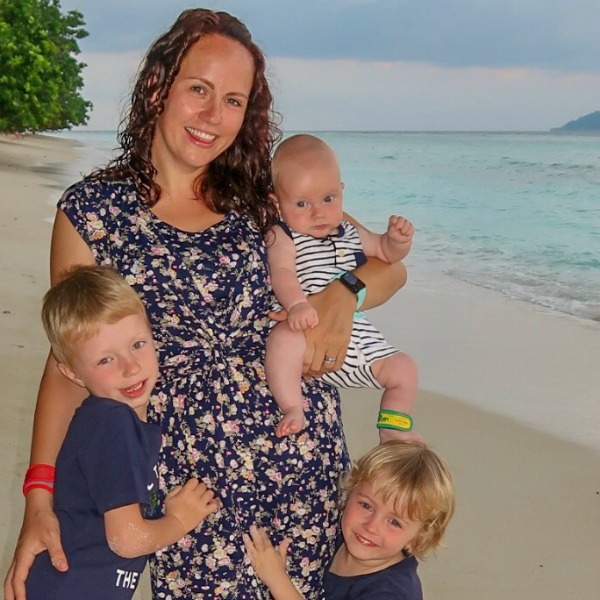